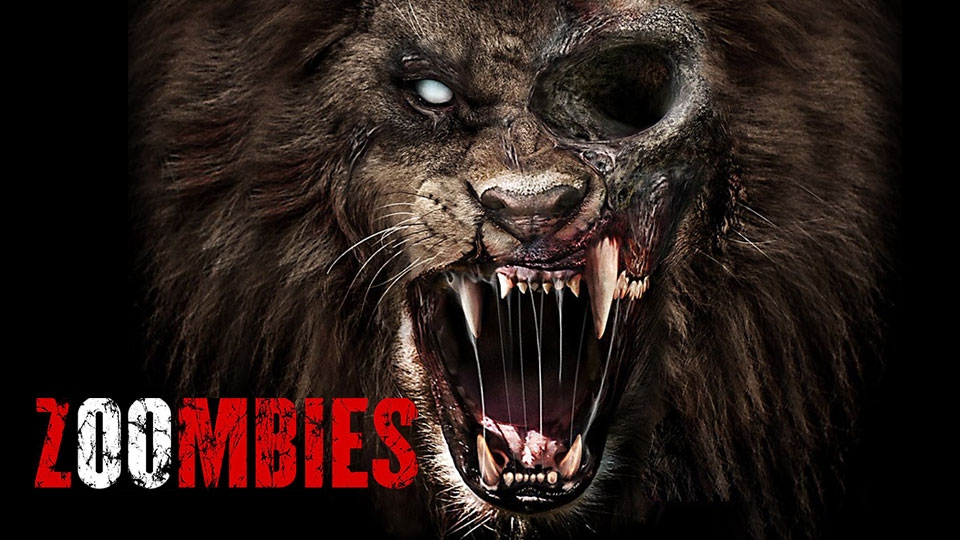 During these times, sometimes I feel the best way to cope is to approach with a level of dark humor. And what better way to tap into that humor than by looking at some of the poorly done pandemic films over cinematic history. Each week I’ll dissect a new film, ripping it apart to find some socially distanced catharsis.

Zoo animals are infected with a strange virus, turning them into zombies, and begin wreaking havoc around the zoo grounds. It sounds like a foolproof premise for a really bad but endlessly fun movie, something that John Carpenter or Rob Zombie would absolutely crush. However, Zoombies actually achieves a somewhat impressive task of making zombie gorillas and lions boring.

It’s hard to paint a picture of what makes Zoombies just bad-bad and not fun-bad, but I’ll try. Picture you’re stoned out of your mind on a Sunday afternoon. Like too stoned to change the channel. The TV is stuck to the SyFy channel and on is a movie that looks like it only raised 25% of its Kickstarter goal, but they said, “eh.. screw it, let’s make it anyway.” Now with only a quarter of their budget, the production team can’t afford to hire a writer, so they have a bot watch 1,000 hours of Sharknado on repeat to create the driest dialogue possible. Having blown what little they had on the god damn robot, they were left were no other choice than to scrap all the revolutionary CGI effects I’m sure they had planned, instead settling for running some animation through Photoshop real quick and sending it straight to post. As you watch on from the couch, your brain baking from the bong rips starts to enjoy it, simply because it requires the minimal amount of sound and color recognition. That’s the headspace this movie functions in.

I will admit there were two things about the movie that helped salvage some of the time I wasted watching this. The first were the deaths. Boy, did they really imagine up some very gruesome death scenes. I’ll rank them later. The second was that the movie doubled as a struggling actor ladder match, where all these vanilla characters were fighting not just to survive, but also clawing for as much screen time as possible to add to their reel. And since, this movie never really bothered establishing a main character, it added a level of mystery as to who would be left standing with the belt and a background role on NCIS.

Odds on favorite to win the ladder match is Dr. Ellen Rogers, manager of her late grandfather’s Eden Wildlife Zoo, who wants to clarify early on that this is, in no way, a complete Jurassic Park ripoff. Business is booming at Eden. Ellen has coincidentally just bolstered her security personnel with the hiring of the tough-as-nails Lizzy. Today also is the first day of her internship program, as bright-eyed college kids look to gleam vital knowledge about the thriving zoo industry. She even has started building the framework for her innovative Dangerous Animal Daycare, where small children, like her super annoying daughter Thea, get to have hands on learning experiences with trained “environmental educators,” such as Kifo the gorilla.

Meanwhile, unbeknownst to Ellen, her zoo’s doctor is dealing with inexplicably infected primates. Using his best medical judgement, he decides to revive a dead and diseased monkey, because never has that had any negative ramifications in a zombie film. The lab becomes overrun, the alarm triggered, and chaos soon to follow. The group of Breakfast Club rejects arrive right in time to be literally fed to the wolves. Suit-clad Gage quickly claims alpha status, mixing a lethal duo of can-do attitude with fiscally conservative beliefs regarding zoo management.

The horrors of shoddy CGI befall the group, as crew and interns start dropping like flies. With the zoo on full lockdown and the stock footage police of no service, it’s up to Lizzy and Ellen to manage the situation by murdering every single animal in the place. The giraffes are victim number one, but not before they take a big healthy bite of Gage. It’s okay though, because this literally has zero follow up later in the movie. Even little Thea does her part by fast-tracking her clearly destined trajectory towards serial killer by smashing the shit out of a koala. As Thea bathes in the blood of her adversary, Ellen concocts an exit strategy. They will, wait for it, leave through the front gate, but not before blowing up the aviary as to not let the virus escape to the public.

The bad acting battle royale comes down to a four-way tie: Ellen, Thea, Lizzy, and Gage. They set the birds ablaze and head for the gates. However, in their path steps Kifo, no longer hungry to inspire young minds but hungry for actual young minds. For no discernible reason, the animators decided to not provide their main animal antagonist with the state of the art CGI found in the rest of movie, and instead opted for the technology used to make the fucking Gremlins. Ellen ends Kifo, and in a sense all of our suffering, as a chopper sends the remaining four back to the safety of their off-Broadway theatre troupes. Our parting shot shows the eyes of Kifo reopening, transitioning us flawlessly into Zoombies 2. A film for another quarantine I believe.

So yeah, even though we have all the time in the world right now, I think I still wished I spent these 90 minutes doing something more productive, like staring at the spackle on my ceiling. Nevertheless, that time is irredeemable now and I guess a silver living should be found. Perhaps solace comes from social distancing helping keep us safe, not just from the rapid spread of virus, but from:

3) A gorilla smashing your skull as if opening a coconut

2) Monkeys bursting through your stomach like that scene in Alien

And for that I’m thankful.